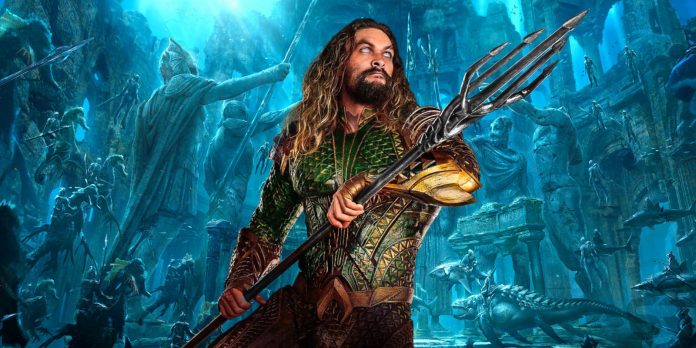 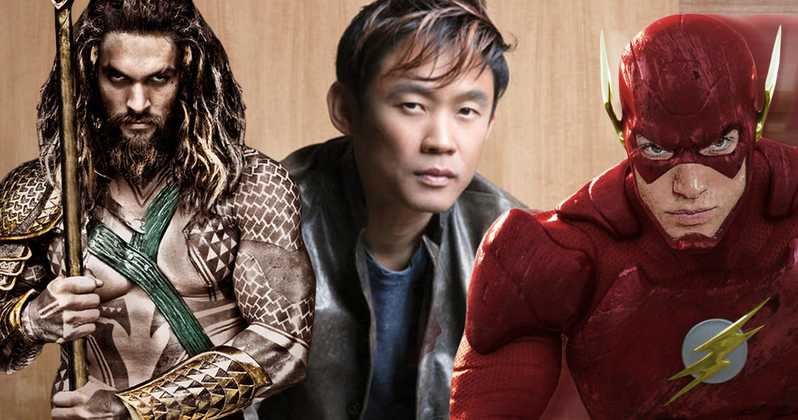 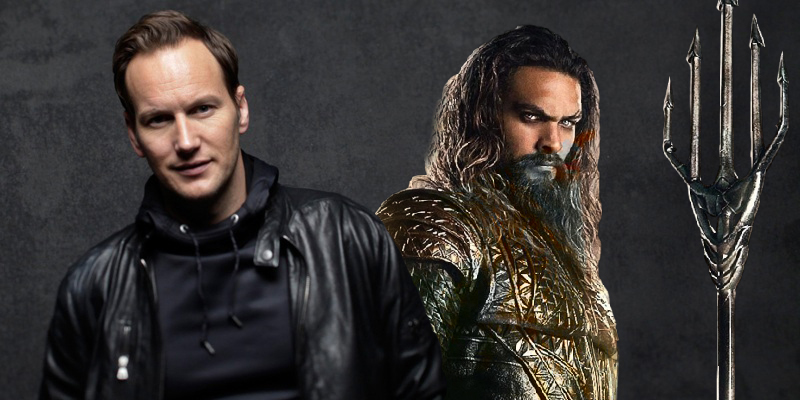 Whilst Marvel’s films have soared, DC superheroes (in their latest film incarnations at least) have struggled.  Batman v Superman did well at the box office but not as well as hoped. Wonder Woman changed that with superb box office and critical acclaim, but Justice League was another disappointment – not helped by its director Zack Snyder having to leave the film through family tragedy.

Among Justice League’s gang of crime fighters it was Aquaman who caught the eye. As played by Jason Momoa, a love god amongst us mere mortals, he was the standout character, which was just as well as he was to have the first standalone film.

Fortune favoured the film further when the studio offered director James Wan the reins. Small in stature but a huge fan of the character he relished the chance to show what he could do. In fairness he had already proved himself time and again. He made the original ‘Saw’ for $1million and it went on to gross over $100m and spawn a franchise. He further proved his horror credentials with ‘Insidious,’ another low budget horror film that grossed almost $100m and his complete command of the genre was cemented with ‘The Conjuring’ making over $300m.

Branching out into blockbuster action he made ‘Fast and Furious 7’ a massively budgeted film and a baptism of fire for Wan when its star Paul Walker died half way through production, forcing the production to temporarily shut down while they regrouped.  It went on to be one of the biggest films of 2015 and for the studio he was the obvious choice to helm the superhero blockbuster, ‘Aquaman’.

The omens are good after the film’s world premiere the night before to a hugely responsive audience.  James  Wan and one of his regular cast members Patrick Wilson who plays Orm, Aquaman’s angry and envious brother,  are in high spirits, both laughing as they stroll into a luxury London hotel suite  with Wan keen to point out Wilson’s socks and appropriately aqua-themed shark motifs. Jaws is one of Wan’s favourite films but its notorious troubled production history is the stuff of legend so was it really such a good idea to take on a huge budgeted movie set predominately on and in water albeit mostly digitally generated?

James Wan: Yeah it’s definitely something you know about as a film maker but I’d done a lot with water in ‘Conjuring 2’ where we had to build the basement set and submerging it and stuff, and that was not fun putting the actors through that.

Infinity: …..and look what you put those kids through!

JW: (laughs) Scared the crap out of them! There’s always that at the back of your mind. Is this a smart thing? Is this going to be a painful process but at the end of the day creativity wins the day.

Infinity: So how did you get involved with Aquaman?

JW: It was on ‘Conjuring 2’. They were looking for filmmakers to fill out their other character slates and so during the process of putting ‘Conjuring 2’ together and talking to Warner Bros they mentioned that they had Aquaman and the Flash and asked if I was interested in either of those two characters. I thought, ‘Well I’ve seen Flash on TV but I’ve never seen the Aquaman character done before’ and I thought, ‘This might be interesting to come round to it because we all know that he’s a joke in pop culture’ and the more I thought about it the more I thought there might be something interesting I could do with this guy and the world that he inhabits.

Infinity: Patrick you’ve played a superhero role in Watchmen and James this is your first big superhero film. What’s been the most difficult part of this for both of you?

PW: Well from an actor’s point of view, without breaking down the comparisons, one thing I learned early on with regard to playing either a literary character or a comic book is that you’re taking the character into something real and you have to cherry pick what’s useful to the movie. There’s a lot in Orm in the comic which we didn’t explore which isn’t ready for this right now. The most difficult part was the physicality. With Watchmen it was a much different thing and you’re playing someone out of shape who then gets into shape when you put on the costume so I could hide a lot under the costume. And this, though we were costumed a lot, I didn’t really know how much was showing. There are certain things that even a great costume that’s tailored and muscled that will expose meaning I wanted to be in shape. So I wanted to push myself. I’m not 28, I’m 45 and I wanted to get in the best shape of my life at a time when most men at my time of life aren’t.

JW: Yes like Patrick it was the physicality of making the film, all the underwater stuff and the stunts that came with trying to keep the illusion of being underwater that stuff was difficult. I dealt with more difficult stuff on Fast & Furious 7 in terms of technicality and the emotion on that show. For me though I wanted to make sure that I didn’t mess up. Aquaman has a very strong loyal fan base and there’s never been a movie for him done before. People have stuck by him saying he is the coolest character and I wanted to make sure that I could respect that and I wanted to go back to decades and decades of source material to pull from and use in the correct way

PW: Yeah you’ve got to embrace that even visually.

JW: Yeah like Patrick said even the gritting of the teeth like in the comic book. In a way I want it to look like we’d splashed pages from a comic book on to the screen.

Infinity: So how did you achieve the effects of you floating around in the water? Are you on rigs, flying ballets?

PW: Yeah all of it. A lot of different harnesses, cables, teeter totters this thing that’s like a giant tuning fork that we would sit in. It all depended on the move. Sometimes if it was just a close up you’d be literally just a few inches off the ground.

JW: It’s literally like a see-saw right? You stand on a platform and we just jack him up and he’d just sort of float like that!

PW: if it’s a full body shot you need to know how to swim because honestly I was with Willem (Dafoe) and we felt like we were doing some strange avant-garde theatre. We really loved it and once we got cast it and I couldn’t feel my hips anymore. Maybe it’s because it was Willem Dafoe and he’s got such a huge theatre presence. In hindsight I always thought that doing green screen would be terrible for actors but honestly it felt amazing it felt like theatre maybe it was just the strange dialogue.

Infinity: James you’ve developed such a fan base for your work whether it be horror or action and now superhero films what genre is next for you?

With a huge smile on his face James draws a big question mark in the air and with that, still laughing, they both shake my hand and are whisked out of the room both still chuckling and jostling with each other as they walk down the corridor. There’s a sense that working on a James Wan film is a whole load of fun.